Home > MindWise Blog > Living with Anxiety and Not Realizing You're Anxious

Living with Anxiety and Not Realizing You're Anxious

This series is designed to support vulnerable male populations by sharing real-life stories of hope and resilience, with the goal of connecting 125,000 men with online tools to screen for anxiety, depression, substance and alcohol use, disordered eating, and more.

Mental health screenings are proven to help bridge the gap from disorder to treatment. If you are concerned about your mental well-being, take a free online screening >

I’ve struggled with anxiety my whole life. I wish I’d realized that sooner. No one ever told me I was anxious – how was I supposed to know?

Maybe that feeling of unrelenting nervousness that would follow me whenever I was late with an assignment in school should have tipped me off. Perhaps the incessant despair and worrying that plagued me late at night was another warning sign. The nausea and vomiting before most big tests was a huge red flag I’m still not entirely sure how I missed.

However, I never saw any of those as symptoms of anxiety; I believed they were just symptoms of being me. If I had taken an anxiety screening or spoken with a mental health professional, I might have understood what was really going on and taken steps to combat my anxiety, drastically improving my overall well-being.

The Hidden Dichotomy: Being Anxious and Confident at the Same Time

I’m a confident 21-year-old male college student who’s usually smiling – I try not to take life too seriously. Yet I’m also anxious and prone to over-stressing.

When I was younger, I was unable to reconcile these two halves of myself: how could I be both anxious and confident at the same time? I always thought my personality and anxiety were mutually exclusive; I would never have described myself as anxious in the past.

But anxiety can be lurking within anyone, regardless of how they may seem on the outside or their own internal view of themselves. People are complex creatures capable of experiencing a multitude of emotions, and I had unintentionally pigeonholed my perception of myself.

My confidence and happy-go-lucky attitude didn’t negate my anxiety, and vice versa. I was drowning in anxiety without even realizing I’d gotten in the water. How could I swim to safety if I still thought I was on dry land?

The Difference Between Stress and Anxiety

Whenever I experienced anxiety, I thought it was fleeting. Growing up, I would get anxious, even at times overwhelmingly anxious, but believe it or not: I never understood that meant I had anxiety. I saw it was a normal feeling that would pass like any other (sometimes it is and does).

When a situation was stressful, I’d feel anxious and assume that’s all there was to it. I didn’t realize that my level of apprehension tended to be much higher than what the situation required. Instead of mildly freaking out because I had a paper due that I had yet to start, I would completely shut down. This seemed perfectly reasonable to me: who wouldn’t have trouble functioning in that stressful scenario?

I was always able to start back up again eventually, but if I had realized I was spiraling because of my anxiety maybe I could’ve avoided a few of those particularly bad spirals. I was completely unaware that stressful events were heightening my latent anxiety, not causing it.

“It’s alright, it’s just me being me, this happens all the time.” That was my reaction almost every time I threw up violently before an important exam. Big tests had always made me nauseous, so I never thought it was odd. I would be dry heaving all morning and wouldn’t bat an eye. I can’t believe I ever convinced myself that was normal.

I resigned myself to my anxiety without realizing what I’d done; the battle was lost without me comprehending that it had even occurred. But the secret war with my anxiety was ongoing. I never got enough sleep, I’d stay up all night worrying about something ultimately pointless.

My mom and brother both have trouble sleeping so this symptom didn’t seem too unusual, but the signs were adding up and becoming more noticeable. I started getting nauseous before going to the dentist, and the thought of getting on a plane began to make me uncomfortable. The “symptoms of me” were escalating and becoming quite concerning.

After years of vomiting before almost every exam (amid other symptoms of anxiety), I decided it was time to make a change. In the past, I didn’t realize I was throwing up because I had a test, but as I grew older and more mature the pattern became impossible to ignore.

I was perpetually exhausted from lack of sleep, which exasperated my other anxiety symptoms. The slightest challenge made me freeze up, and my frustration reached a breaking point. After talking to my friends and family, along with some deep introspection, I realized I had a problem. I took an online screening – one of the best decisions I’ve ever made – which revealed I likely had generalized anxiety disorder.

Everyone’s journey is different, but one of my first steps in dealing with anxiety was talking with a social worker. She listened to what I had to say and taught me techniques to reduce my angst when I felt a spike coming. I was shocked at how effective just taking a few deep breaths felt when I was getting anxious, and other breathing techniques were quite helpful as well.

Another step I took was to make getting eight hours of sleep each night a priority. When I’m well-rested I have better control of my body, I’m in a better mood, and I’m far more able to recognize and handle my anxiety. I’m not always able to reach my goal of eight hours as I still have trouble sleeping, but I try to go to bed earlier now and make a concentrated effort to avoid caffeine, sugar, and screen time late at night.

Downloading a behavioral health app on my phone also aided me in my quest to manage my symptoms. I now take ten minutes most days to focus on mindfulness and attempt to emphasize positive thoughts. Anxiety is still my near-constant companion, but we’re getting along better than we ever have. I’m more in control of myself and my anxiety than I ever thought possible, and eager to continue progressing.

Click here to read more stories from this series > 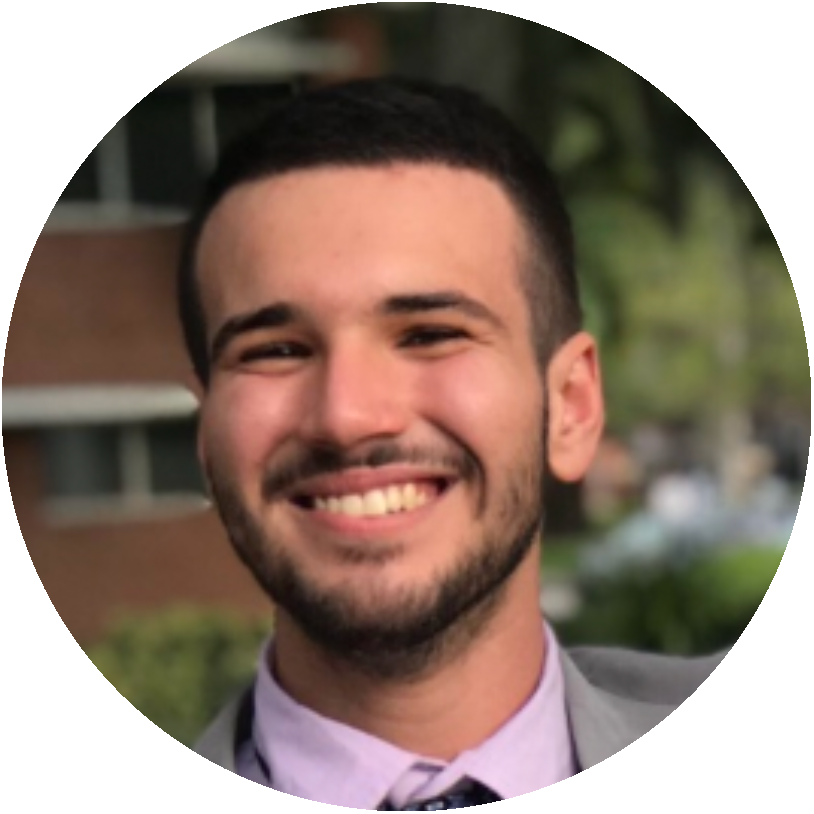